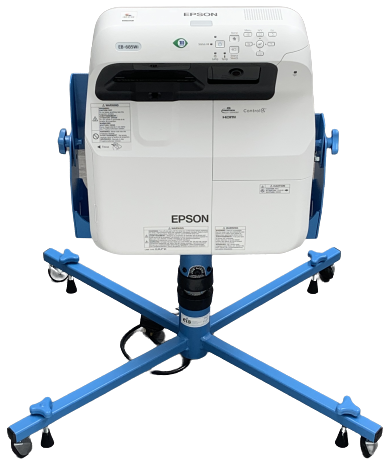 East Ayrshire Council in Scotland supports a total of 107 educational establishments across the region, including early childhood centres (ECCs), primary and secondary schools.

The ECCs provide multi-functional areas where the children, aged 3 to 5, can interact with different learning material.

Previously, ECCs were equipped with vertically-mounted active panels, which the children used to access games, videos, the internet and digital learning materials. The interactive panel, however, presented a series of problems for the children in that it wasn’t particularly mobile, the children could only access the bottom 6-12 inches of the screen and they physically had to look up at the device when standing close to it.

Richard Radigan is the IT Project Officer for East Ayrshire Council, responsible for providing IT support for new and existing devices and, as he puts it, “getting the very best out of the public pound.”

Richard was keen to improve the existing system, to find something more compact that could be easily moved, offered a more interactive environment for the children whilst enabling them the same access to content. He explored floor projection systems, but these systems were either fixed installations that could only project onto the floor or onto one area, or they included a subscription-based software, which he was keen to avoid.

“I needed a flexible yet stable system that could project a minimum display of 1 by 2 meters onto both floors and walls and connected wirelessly to a PC, but there was nothing on the market that did all this while also offering the interactive element”, said Richard.

“I knew I could make something that was better, simpler and cheaper than what the market was offering, so I decided to build a prototype of what I wanted using an Epson ultra-short throw projector from one of the schools. I knew Gayle Taylor from Epson from previous experience and I contacted her for guidance on whether this could work and what projector she’d recommend we use. It was at this point that we approached EIS.”

Efficient IS (EIS) is a Scottish IT and AV solutions specialist founded under the ethos of carefully listening to the customer and getting under the skin of what they really need. Their demo suite at their office in East Kilbride boasts a wide range of different types of IT and AV solutions and is designed for clients to come in and leave with new ideas.

Peter Laisen, Managing Director of EIS, says: “The customer came up with the idea of mounting a projector onto a trolley that could display an interactive projection onto the floor but could also flip up and project onto the wall. We worked on the system, shared it with them, to which they said it was better than they’d hoped for.”

The end result is the 'Duo Flip': a secure, mobile system with an adjustable mount fitted with an ultra-short-throw Epson EB-685wi projector that is interactive (finger-touch and dual pen capability), can project up to 100 inches and has 3,500 lumens of brightness with a HD-ready WXGA resolution. The projector’s wireless connectivity means that content can be sourced from a nearby PC and Epson’s own 3LCD technology means that the projection can display even in bright environments. East Ayrshire Council have ordered six Duo Flip systems to be rolled out into ECCs across the region.

Richard adds: “With the Epson system delivered by EIS you can really see the kids’ imagination taking over.  Our ECC’s are using white protective floor panels in order to offer both a safe environment for children, while offering an optimal projection surface for the new system. The projector is easily disinfected, as are the floor pads, making the system easy to manage in the current climate.” 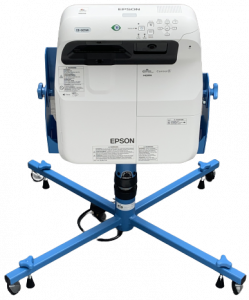 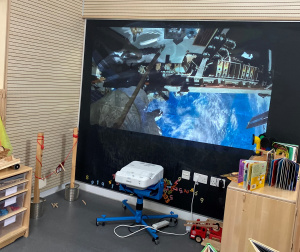 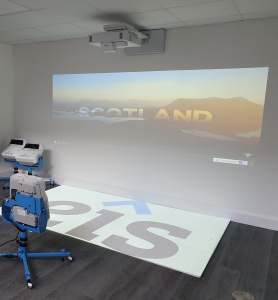 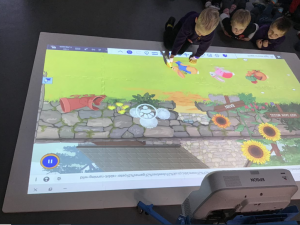 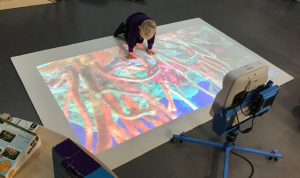